Halcyon Spirit gained an overdue first success with a spirited victory in a Class 5 maiden auction stakes at Lingfield on Tuesday.

Having been placed in five of his previous seven starts he finally broke his duck by seeing off the persistent challenge of the odds on favourite Wonder Elmossman close home.

Halcyon Spirit, who is rated 72, had again run well last time at Bath over ten furlongs and seemed suited by the drop back to a mile on the polytrack at Lingfield as he dashed into the lead just inside the final furlong.

He was immediately challenged by Wonder Elmossman but in a rousing finish kept pulling out more and his blinkered head was still just in front at the line.

Jockey Dougie Costello reported “My horse was well placed by Marcus Tregoning and was in full flow when the runner up came to us.

“He has been knocking on the door, was only just chinned on the line at Wolverhampton last month and deserved to win one”.

The handicapper is unlikely to take a harsh view of the form given the narrow verdict at the line and it wouldn’t be a shock to see Halcyon Spirit back at Lingfield in the next few weeks. 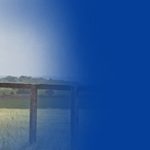 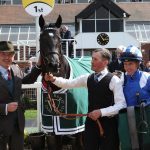