It has been touching to read and hear all the many heartfelt tributes to Sheikh Hamdan Al Maktoum since his death was announced midweek.

Champion owner nine times in this country, he was a hugely influential figure in my racing life.

I last spoke to Sheikh Hamdan two weeks ago and his passing will have an enormous impact on the breeding world, the sales and so many people in our industry.

The good news is that his horses will continue to race under the banner of Shadwell Stud which has been at the heart of his success.

His death comes at a time he was increasing his involvement with our yard at Whitsbury and at the last count he had 28 horses in training with me.

The final big victory we shared came at Goodwood last summer with Mohaather in the Group 1 Sussex Stakes. Although Covid restrictions prevented Sheikh Hamdan attending the meeting I know the sight of his athletic colt scorching clear of his rivals gave him no end of pleasure.

It is fair to say I would not have been able to set up as a trainer without the full backing of the Sheikh and Dick Hern. The seeds of our association go back to the time he bought the top class mare Height of Fashion from the Queen who then purchased West Isley from the Weinstock family.

It is part of racing history that Height of Fashion produced Unfuwain and then Nashwan who, of course, proved to be such an outstanding champion as a three year old, winning the 2,000 Guineas, Derby, Eclipse and King George.

Then came Nayef who I was fortunate to train so early in my career. Seeing him turned out in a paddock at the Shadwell Stud six weeks ago reminded me that he was the most beautifully made horse, a stunning looker. Even in retirement he is hard to fault.

Having a horse like Nayef for Sheikh Hamdan in my care gave me tremendous confidence and although he had one or two issues early in his three year season he certainly came good afterwards.

The Sheikh had a great way with all the staff, enjoyed talking to them, was kind, generous and took a genuine interest in their lives and the horses they looked after.

He was was very much hands on as an owner, wanted to be involved and had an encyclopaedic knowledge of the pedigrees of all his horses both at stud and in training. You had the impression that he thought about horses constantly.

In the early days of the Maktoum’s involvement with racing in this country his father Sheikh Rashid told the trainer Tom Jones that he wanted each of his sons to end up owning 100 brood mares. At the time Tom thought that ambition sounded a bit far fetched but in time it duly came to fruition.

Sheikh Hamdan had a special affection for Mubtaker, a wonderful horse who won at least decent race for him every year. All the Maktoum family were present at at Longchamp the day he finished a close second in the Arc. Before the race I can remember telling him that I was worried about the heavy ground. He looked at me with an amused smile on his face and asked “Shall we run”?

Mubtaker excelled in finishing second that day and the Sheikh was so excited when he came down to greet him afterwards that it was almost as if he had won the race. That moment summed up his love and affection for his horses. He took setbacks in his stride, made sure he enjoyed the good times and if he had a bad year, as all breeding operations experience, then he would be ready to invest again at the sales, full of enthusiasm. Extraordinary.

I was lucky enough to enjoy many great days with his horses. I relish one of his last visits to Whitsbury two years ago to see Mohaather, wanting to know about all the colt’s temperament and attributes.

Sheikh Hamdan was the best of owners and life at Whitsbury will not be the same without him. 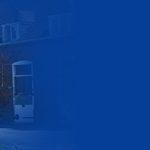